Loaded with a full spectrum of flavors, Chicaoji can satisfy any type of food craving that you may have be it spicy, salty, tangy or sweet. If you’re looking to delight your sweet tooth without making it ache, the subtle sweetness of Chicaoji won’t disappoint. Chicaoji’s sweet spot is derived from agave nectar, a natural sweetener that is made from the blue agave plant of central Mexico. 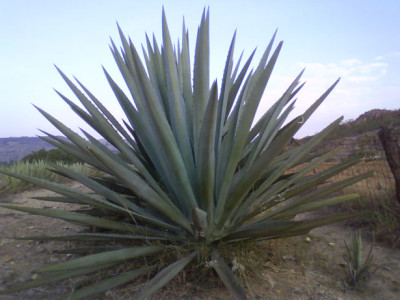 Agave nectar is a rather new type of sweetener that has gained a lot of popularity thanks to public demand for sugar alternatives. In the late 1990s, agave farmers who would have otherwise used the green desert plant to make tequila began manufacturing sweet agave nectar from the plant’s core. Though modern agave nectar is more syrup-like, the native Aztecs have been flavoring their foods with sweet “honey water” obtained from the agave plant for thousands of years.

In a market teeming with alternative sweeteners, agave nectar has stood out in the crowd for a number of reasons. First, agave nectar has a fantastic and complex flavor that does a lot more than just provide a hint of sweetness. Because agave nectar is slightly sweeter than sugar, you don’t have to use as much of it in your morning tea, coffee or smoothie. With a consistency that is silkier than honey, agave nectar blends easily into sauces, stir-fries and salad dressings.

Another reason agave nectar is a superior sweetener is that it is a raw and organic food. After the sap is extracted from the agave plant, enzymes are added in the same way that a bee uses enzymes to produce honey. The agave nectar remains at a low temperature (under 118°F) during the entire production process, unlike maple syrup, which is boiled. People on a strictly raw food diet can incorporate agave nectar into a variety of different raw recipes.

We use organic raw blue agave syrup from GloryBee to add a touch of sweetness and agave flavor to Chicaoji. The light agave nectar sweetens the raw cacao nibs, providing a subtle “chocolaty” taste that is a key component of Chicaoji’s greatness. Indulge your love of sweet things without the sugar by flavoring your foods with Chicaoji, and create your own sweet recipes with blue agave nectar from GloryBee retail website.

Author: Alia O’Connell
I want to thank Alia for composing this blog article. I very much enjoy her style of writing. She does a great job of ordering my jumbled thoughts and ideas.